When does a product life cycle stop?

After a lecture of design professor Timo de Rijk last week I stared to realise product lifecycles in a totally new way. Every product has itâ€™s own lifecycle. The tendency of these lifecycles is getting shorter and shorter but when looking for the reason why these cycles are shortening I decided to dedicate my first blog to this subject.

In recent history there are plenty of products that have been on the market for years without major modifications. The example used by lecturer Timo de Rijk was the VW beetle 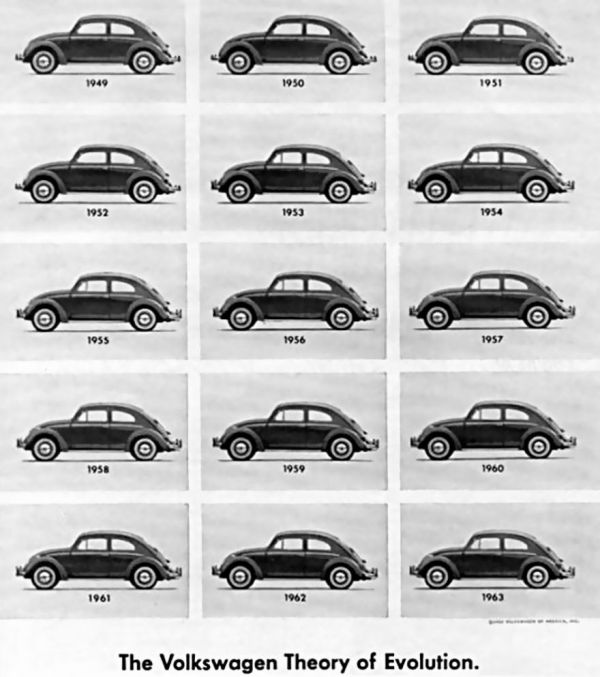 A product launched in 1938 and which is produced until 1974. Some small modification have been made throughout the years but still, the beetle was mostly the same.

Why did people stop buying these beetles after 40 years of production?

Each product has its own life cycle, however, the product category, has a cycle of its own. Take for instance the 16mm roll of film, the product has been market leader throughout the 20th century. it has never ceased to exist because the 18mm roll came on the market. However, when digital cameras became cheaper, the demand for photo rolls stopped and the cycle of the Photo roll ended.

There is no demand for a specific product. Consumers who bought photo rolls wanted to take pictures. For this they need a product, however, when another product is better able to meet the consumers demand they change. The rise of the digital camera stopped the long lifecycle of the Photo roll. Today, you see that the digital camera is already on the end of its LiveCycle because of smart phones.

But back to the previous question, why stopped the demand for VW beetles? Actually very simple, the competitors came up with cars that were technically better. People choose the product that best suits their needs, even the Volkswagen driver.